To mark the 400th anniversary of the death of William Shakespeare, one lucky contestant is spending Saturday night in Denmark’s Kronborg Castle — known to Shakespeare fans as Elsinore, the setting of Hamlet.

“It’s a very different thing to suddenly be in a place that is probably what inspired the play,” Melanie Rio tells As It Happens host Carol Off. 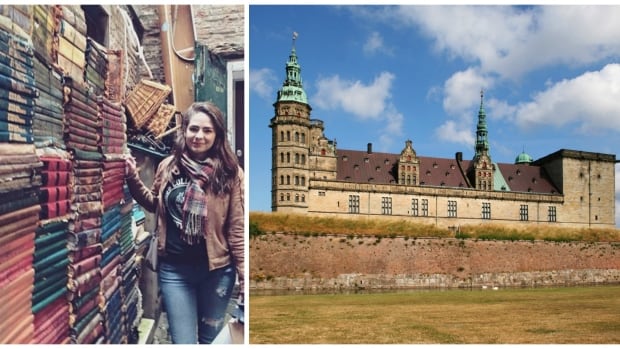 Rio is the first person to sleep in the castle in more than 100 years, after she entered a contest to spend the night in the fortress and participate in a weekend full of all things Shakespeare.

Rio, an American author and graduate student pursuing an MA in Shakespearean studies at King’s College in London, submitted her entry in a very Shakespearean way

“They said submissions in iambic pentameter will be given extra credit and I’m fairly sure they were joking,” she laughs.

Even though there is evidence that Shakespeare had knowledge of the inside of the castle through the play’s stage directions, there is nothing that proves Shakespeare actually visited the Danish stronghold.

“It was a very popular destination for sailors and actors. It’s very possible he spoke to people who had been here,” says Rio.

Rio and her travelling companion will be spending the night in one of the castles towers. Rio has been assured by tour guides that they’ve never seen any ghosts, but she’s quick to point out that none of them have ever spent the night there either. She says she still won’t be afraid if she sees anything supernatural.

“Honestly, I’m such a nerd and I love Hamlet and everything Shakespeare so much that, if a ghost did show up on the battlements and peak through the window, I would be pretty keen to talk to it I think.”

Kronborg Castle was built in the 1420s by Danish king Eric of Pomerania. It was a royal residence until the 18th century, when it was converted into a military barracks. It stayed this way until it was abandoned by the military in the 1920s and opened to the public as a tourist attraction.