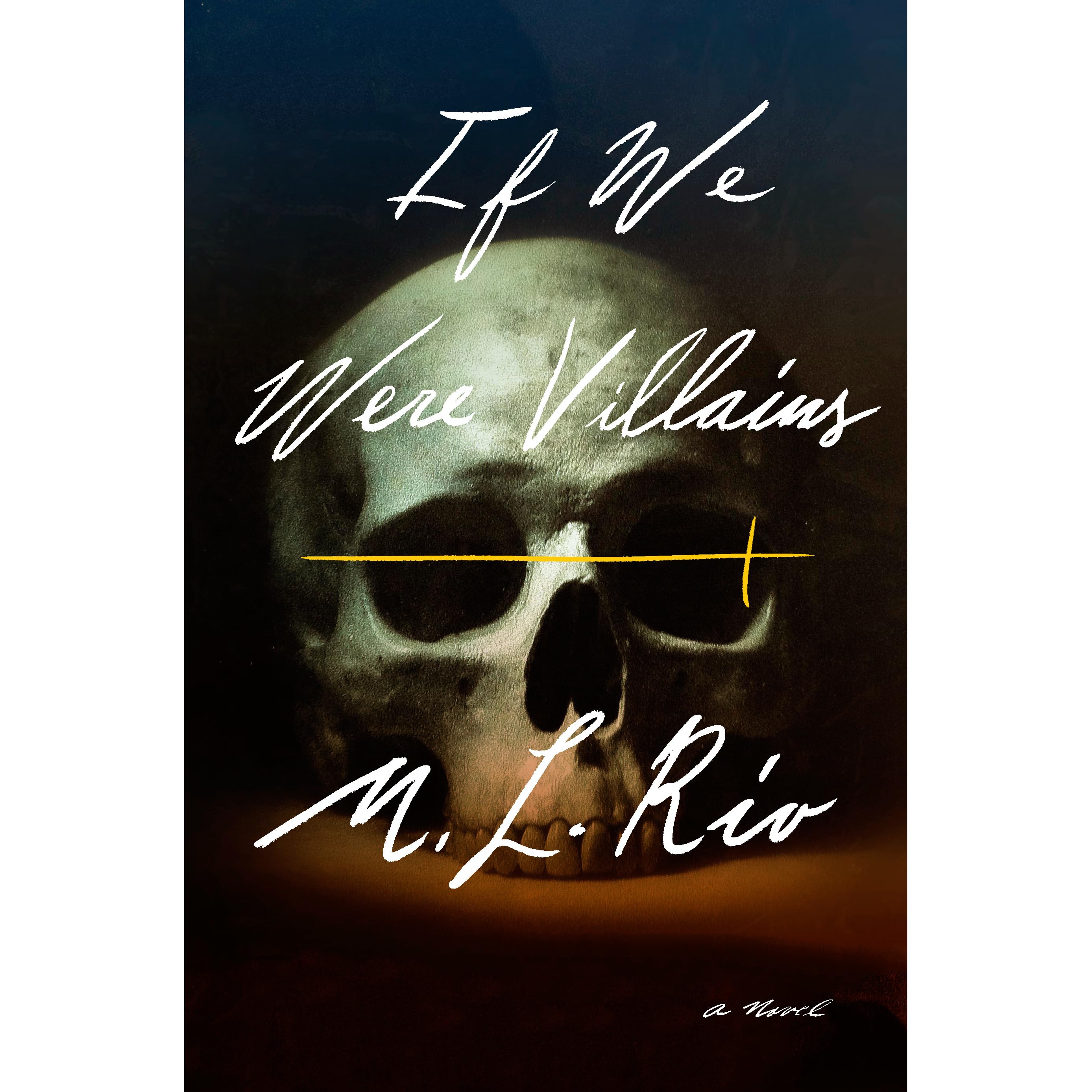 M.L. Rio wants to make something clear: Writing a book is not, in any sense of the word, romantic.

Rio learned this on the job as she assembled her debut novel, If We Were Villains, a literary thriller in the mold of classic Shakespearean drama.

This was in 2014. Rio was just 22, fresh out of college, and kept working on revisions for the next few years while earning a master’s degree in Shakespeare studies at King’s College London. Today, with If We Were Villains’ release this past April, she’s now an internationally published author.

“Don’t romanticize” writing a book, says Rio, who grew up in North Carolina and is staying in Dallas with family before moving on to graduate school. “Because if you romanticize it, then it’s never going to happen. You really cannot underestimate how much work this is.”

She’s not exaggerating. In her account, this process included 45 drafts of the same story, each rewrite an embittered battle between edit deadlines and sleep deprivation.

As ragged days and insomniac nights ran into each other, Rio would often recall some early guidance passed down from a past theater instructor: “Don’t become an actor” — or in this case, a writer — “if you can imagine yourself doing anything else, because it’s merciless.”

Especially as a young writer like Rio, still piecing together a name for herself, writing a book is a true labor of love for the craft. It’s a project that gets done in the fleeting moments of free time in your overbooked calendar, held together by backed up Microsoft Word files, sheer willpower and merciless edits.

“Only about 10 percent of the work a writer does makes it on the page,” Rio says. “If you’re going to write anything good, you first have to write a lot of stuff that is really, really bad. … It’s beating ideas into shape until they work.”

But we know that this story, at least, has a happy ending: Eventually, If We Were Villains did work, and it was because Rio allowed her passions take form on the page — she wrote what she knew, over and over. And what she knows is Shakespeare.

Melanie Rio has been a writer since she was 12, when she wrote her first novel. She has been a thespian for even longer, since acting in her first play (that she remembers) when she was 6.

In many ways, it began with the Bard. “I read my first Shakespeare play at age 9. Something about the language was so captivating. … It was this strange, earth-shattering moment,” she says.

Rio has even visited the Kronborg Castle, perhaps better known as Hamlet’s Elsinore, after winning a contest. Her entry was a poem in iambic pentameter — a Shakespearean sonnet.

Rio likes to think of Shakespeare’s work as having a universal appeal, especially for young adults — not teens, exactly, but her personal target audience, readers in their early 20s who often find themselves in an identity crisis as they straddle adolescence and adulthood.

“The familiarity and humanity of Shakespeare is something we can really identify with,” she says. “It’s timeless. As long as humans keep being humans, Shakespeare is going to be relevant. … It’s why we quote him all the time. In 400 years, no one has said these things better.”

If We Were Villains embodies Rio’s view on Shakespeare. The book features a group of elite theater students who blur the line between Shakespeare’s scripts and their reality. It comes to a tragic and abrupt head when someone ends up dead, and the characters are forced to confront what they may be capable of.

“It’s a great human story,” says Ray Dooley, a professor of dramatic arts at the University of North Carolina at Chapel Hill. He taught and mentored Rio in theater arts during her undergraduate career.

“I met Melanie when she was a first-year student at UNC-Chapel Hill,” he recalls. “At that point I knew that Melanie was very special, in terms of her love and the really serious sense of purpose she found in her work with Shakespeare, and with literature in general.”

The way he sees it, it’s almost as if this is the book Rio was always supposed to write. “She is a remarkable writer and person,” Dooley says. “She has the potential, because of her combination of serious scholarship and contemporary sensibility, to become a public scholar along the lines of Stephen Greenblatt [a bestselling Shakespearean scholar].”

Madison McKenzie Scott, a longtime friend, fellow Shakespearean actor and former college classmate of Rio’s, concurs. “It’s always been a piece of her character,” Scott says. “It’s how I think of her: Shakespeare, no sleep and writing novels.”

Rio’s unusually strong work ethic often required sacrificing rest and social outings, but also led to her securing a book deal soon after she first sent her manuscript off to agents. (She wrapped up the first version of book in summer 2014 and sold it to Flatiron Books in 2015).

Her friends, Scott included, were not surprised. “It was a shock that it happened so fast, but everyone was like, ‘Of course, that would happen to Mel,’” Scott says. “She works so hard.”

Rio’s future plans include a doctoral program at the University of Maryland and — you guessed it — writing, writing, writing. She’s recently sent her agent her newest manuscript.

“I have no worries that M would write anything subpar,” says Christine Kopprasch, Rio’s editor at Flatiron Books. “She has this ineffable quality of voice that’s hard to explain, it’s one of those you-know-it-when-you-see-it kinds of things. … In general, she just needs to keep writing the very best book that she can to follow up her first.”

To accomplish this, Rio is sticking to what she knows yet again — but this time, it’s not Shakespeare. “My two loves,” she jokes, “are Shakespeare and 1970s rock bands.”

Using the momentum from If We Were Villains, she’s now working on what she calls her “rock ‘n’ roll book.” It’s a road trip novel set in the summer of 1977, filled with coming-of-age tensions built to appeal to old and new audiences alike — but that’s another story altogether.