So you’ve just received an undergraduate BFA or B.A. degree in acting or musical theater. Congratulations! Hats off to you. While this is an incredibly exciting time in your life and your stage or screen career is brimming with potential, it can get a little overwhelming deciding what to do with that potential. Should you stay at home and find a day job to save money before doing anything drastic? Should you throw caution to the wind and hit the ground running to move to the big city? How do you even find auditions as a trained (but unemployed) actor with little professional experience?

The most important thing for an actor to maintain through uncertain times is the craft. If you want to succeed, no matter what stage you are at in your career, you must continue your training. That might mean taking acting classes at a local studio or hiring a private acting tutor or coach. For others (and if you find yourself reading this article, potentially you!), that means applying for graduate school to continue your collegiate studies.

The Actor’s Market founder and executive director (and Backstage Expert) Gwyn Gilliss says that one of the best ways to decide if graduate school is the right step for you in your acting journey is to consider what you’d be happy doing with your talent and knowledge. For some, an actor’s rigorous routine of day job, acting class, and auditioning while trying to make ends meet isn’t for them. Moving to Los Angeles or New York City straight out of college can be a very rude and challenging awakening. If you can reflect on the matter and be honest with yourself and know that the hustle is not for you, consider adjusting your passion for acting to that of teaching. “Grad school is an excellent idea for many reasons. If you want to teach later at the college level, you’ll need, at the very least, an MFA and a Ph.D.,” she says.

You also have to be honest with yourself about your career’s probable trajectory. If you’re a character actor who won’t bloom until your 30s, getting a master’s degree is a great way to continue training. The right graduate program will also introduce you to people who can help you farther along in your career. “You’ll also make good connections that will help you get work in all media,” Gilliss says. “Several classmates of mine from Carnegie Mellon and Yale became successful, and a lot of us got roles from their referrals.”

Training and networking aside, getting a degree from some of the nation’s top programs also bolsters your chances of booking a job thanks to name recognition alone. Have a school like Juilliard on your calling card looks good to producers, directors, casting directors, and agents before you’re even seen in the audition room. Programs that culminate in a graduate-level showcase can also lead to nabbing representation straight out of grad school or getting cast in Broadway-level theatrical productions.

If you’re thinking about pursuing a master’s degree as an actor, you’re probably looking at an acting MFA, a fine arts degree in drama, a theater arts degree, or a theater education degree. While it’s important to know which specific program you’re applying for at which school (all schools are different), for the most part, these master’s programs in theater are all a riff on the same graduate-level studies. Expect to become not just a master as an actor, but to explore other creative facets of theater like directing, writing, and pedagogy.

With that in mind, Backstage is here to help you choose your best-fit graduate program by highlighting the 30 best master’s degrees that the U.S. (and now the U.K.!) has to offer. Find out how to audition as a prospective graduate student, what each program looks for in its students, what a school’s extracurricular or professional opportunities look like, and everything else you’d need to know below.

California Institute of the Arts

Claire Trevor School of the Arts at UC Irvine

NYU Tisch School of the Arts 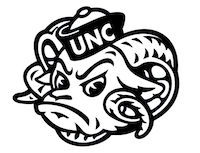 University of North Carolina, Chapel Hill
Established in 1925, the Department of Dramatic Art out of UNC Chapel Hill is the second oldest collegiate acting program in the country. Its three-year, graduate-level Professional Actor Training Program (PATP) is one where actors are given both the necessary skill sets and emotional tools to act successfully for the stage and screen and the knowledge and, at times, connections necessary to make a living doing it. Chapel Hill has rich ties with the local Equity/LORT theater, Playmakers Repertory Company; in fact, graduate students are accepted on a basis of how well they will fit as a member of that theater’s community. Furthermore, students are eligible to receive their Equity card prior to graduation thanks to their involvement with this nationally recognized theater.

To Read the full article: The Best 24 MFA & MA Acting Programs in the U.S. and U.K. By Benjamin Lindsay